This past weekend, I had the chance to visit the Yosemite Valley for the first time. I had never been there, not as far as I can remember (although I have heard stories about a family trip when I was very young).

Before the trip, I knew a lot of facts about the Yosemite Valley.

None of these things prepared me for actually being in Yosemite and walking the valley floor. 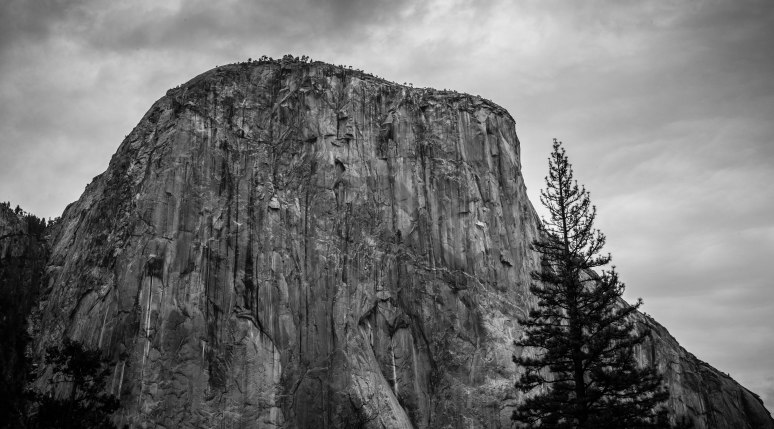 El Capitan, as seen from the Valley floor near Bridalveil Falls.

I have written and rewritten this post multiple times, each time trying to accurately describe the feelings and thoughts I had while there. The size of Yosemite beggars description, and elicits overwhelming feelings of awe, wonder, and humility. I have come to accept that I won’t be able to.

It is . . . beautiful. And magical. Not in the sense of Harry Potter, where I can wave a wand about and make things levitate. More in the sense of The Chronicles of Narnia–where you can instantly find yourself in a whole new world, separate from this one. It is really easy to forget about the outside world–politics, election results, poverty, suffering–it all disappears while inside Yosemite.

It is easy to hear the call, the same call Ansel Adams or John Muir must have felt. The call to leave “civilized” life and wander the mountains and forests, to admire the giant sequoias, the granite mountains, the high lonely places. The call to wander and contemplate Nature in her glory, to feel one with it, in all its beauty, majesty, and severity. Why does mankind ever think we can possible control Nature, to control this? I can’t think of any other response than awe and humility–awe that I can still be a part of Nature and be so close to its wonders, humility that I can see a herd of deer and a regal buck and stand so close to them and be such a part of nature.

And immense shame that my species would be so hellbent on trying to destroy these wonders. 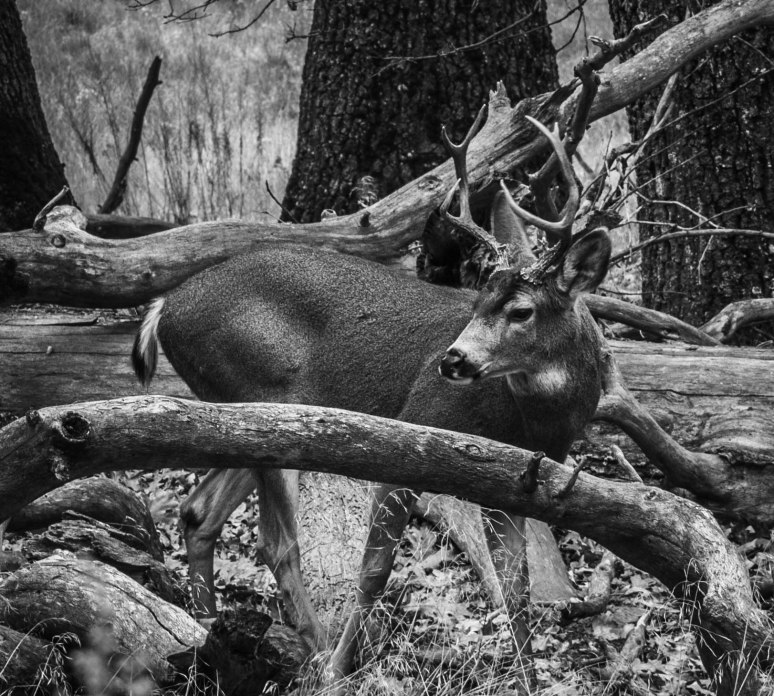 A buck, watching over and protecting a herd.

This site uses Akismet to reduce spam. Learn how your comment data is processed.